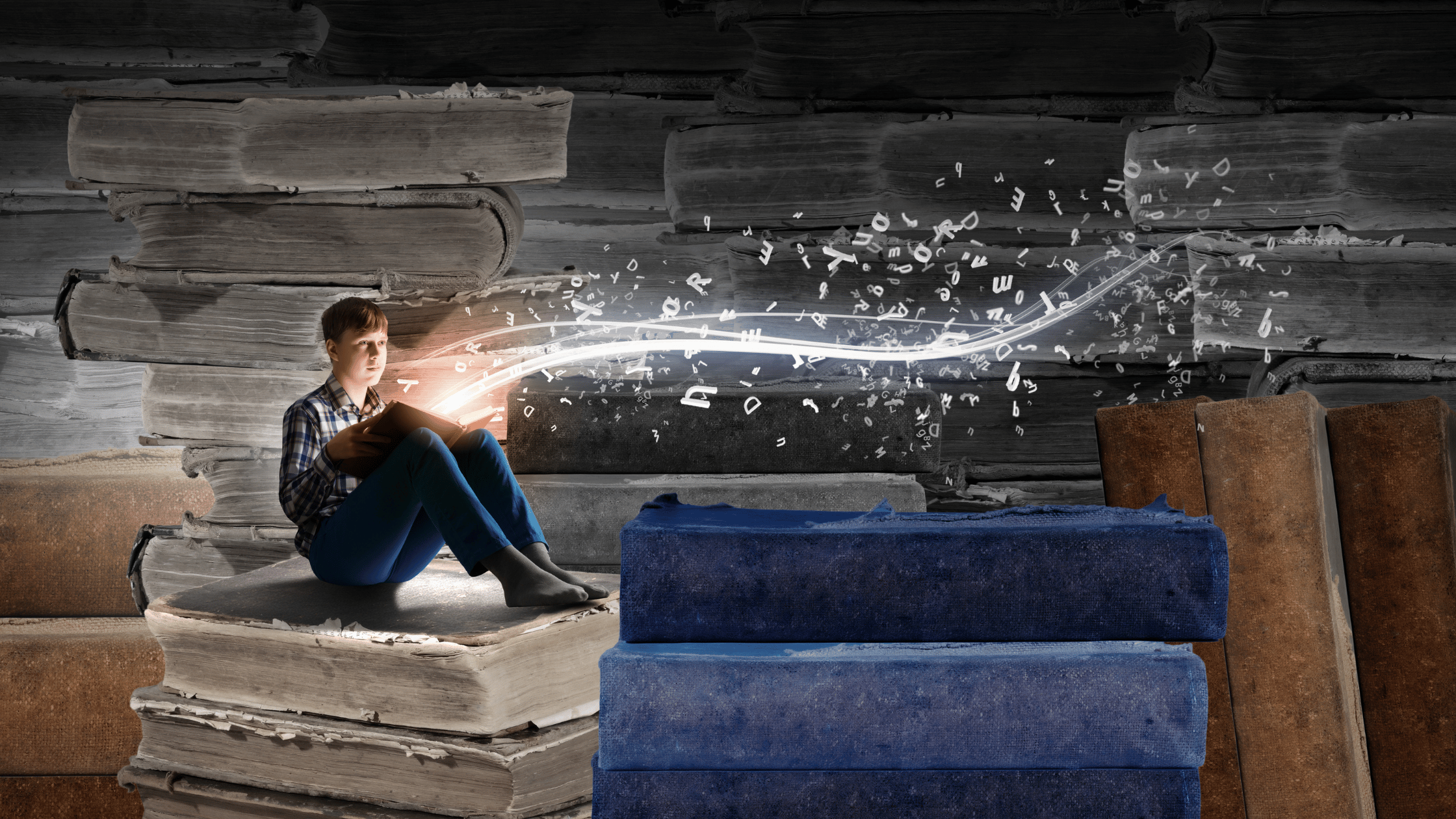 Whenever someone reads a book, they want to be drawn to characters who think, act, and look like they do. This goes for girls, this goes for black and brown people, and this goes for handicapped folks as well. It’s no different for a gifted person: they want to see people who are like them, whether they be awkward, brilliant, or creative. These gifts are often shown as freakish or with special powers, like in the Harry Potter series. It can be difficult to find a gifted person portrayed as a typical human being using their creative thinking abilities.

With that in mind, I would like to recommend five different book series that portray gifted people using their abilities to be creative. I chose series because it gives you so many more options to check out these books. These series range from young readers to adults.

My first series choice is near and dear to my heart. Encyclopedia Brown has been around since I was a kid (yes, that long). I loved reading about Encyclopedia Brown using his creative thinking skills to solve mysteries that his police chief father could not, or the ones that other kids brought to him in the small office he set up in the family garage. Through the 29 books in the series, Encyclopedia was allowed to let his talents fly and to use his intelligence somewhere other than in the classroom. And he made a little coin in the process (25 cents a day plus expenses). Each mystery is solved based on a lapse in logic, a piece of knowledge, or an astute observation by the ever-thinking Encyclopedia. It was his creative thinking abilities that allowed him to be so successful in solving these mysteries.

A series you might not have heard of is The Puzzling World of Winston Breen. There are three books in the series:

The premise of these books is that Winston Breen is excellent at deciphering puzzles both big and small. He uses these creative thinking abilities to work his way through a scavenger hunt, take part in a puzzle hunt run by an eccentric potato chip tycoon, or work his way out of the mansion of a famous musician.

What I especially like about the series, besides the realistic way it portrays gifted children, is that the reader gets to try and solve some of the puzzles themselves. They’re right there in the book, with an answer key in the back. So you get to work on the same puzzles the main character is working on.

“Are you a gifted child looking for special opportunities?” What a great way to start a book series, and it’s the opening to The Mysterious Benedict Society. Answering the call is not just one gifted character, but four of them. They each have their own specific abilities as well as unique quirks. They go on missions where their talents are put to use throughout the series, which has four books so far:

There is also a prequel:

And as a bonus read, there is a volume titled

This book is full of puzzles, riddles, and brainteasers that readers can work on individually. You can also check out the series on Disney+.

Moving into young adult territory, the Hunger Games series has a gifted female as its main protagonist. If you’ve read any of the books or seen the movies, you might think Katniss Everdeen doesn’t appear to be gifted because she doesn’t show any academic prowess. On the contrary, Katniss is quite the problem solver. She has to manage her way not only through the games themselves with everyone trying to kill her, she has to navigate the politics of the games outside of the arena and the complexity of the dystopian society she lives in. She often has to outthink her opponents rather than overpower them. Only someone who is a creative thinker would be able to come out of this alive.

The books in the series are:

There is also a prequel called The Ballad of Songbirds and Snakes but Katniss is not the central character.

In addition to Katniss clearly being gifted, the author Suzanne Collins must be highly gifted as well. Otherwise how do you explain how she got her publisher to print these young adult books with a story about kids killing one another?

Now I know what you must be thinking: is the only viable job for gifted people solving mysteries? Here’s a series for adults where the main character is not solving crimes; he’s committing them. In the Tom Ripley series, the main character uses his gifted abilities for the purpose of evil rather than good. He’s a con man and a sociopath.

There are five novels in the Ripliad. They are:

He is an anti-hero who we should find despicable but instead end up liking and even admiring. I find myself rooting for his success even though he uses his creative thinking skills to commit crimes and to cover them up when things go wrong.

There are many other excellent books out there that portray gifted individuals using their creative thinking skills in the real world. Gifted people don’t always have to save the world, they don’t have to fight evil, and they don’t even need to solve crimes. They just need to be given the space and opportunity to use their creative thinking abilities with Creativity and Education.

Todd Stanley is a National Board Certified teacher and the author of many teacher-education books including Project-Based Learning for Gifted Students: A Handbook for the 21st Century Classroom (2nd Edition), Promoting Rigor Through Higher Level Questioning, and his most recent How the Hell Do We Motivate These Kids?

He served as a classroom teacher for 18 years teaching everything from 3rd graders to seniors in high school. He is currently the gifted services coordinator for Pickerington Local Schools where he lives with his wife and two daughters. He is also an adjunct professor at the University of Cincinnati. You can follow him on Twitter @the_gifted_guy or visit his website at thegiftedguy.com where you can access blogs, resources, and view presentations he has given. If you want to read more articles from Todd Stanley click this link.

Deviance and Creativity: A Different Perspective on Troublemakers