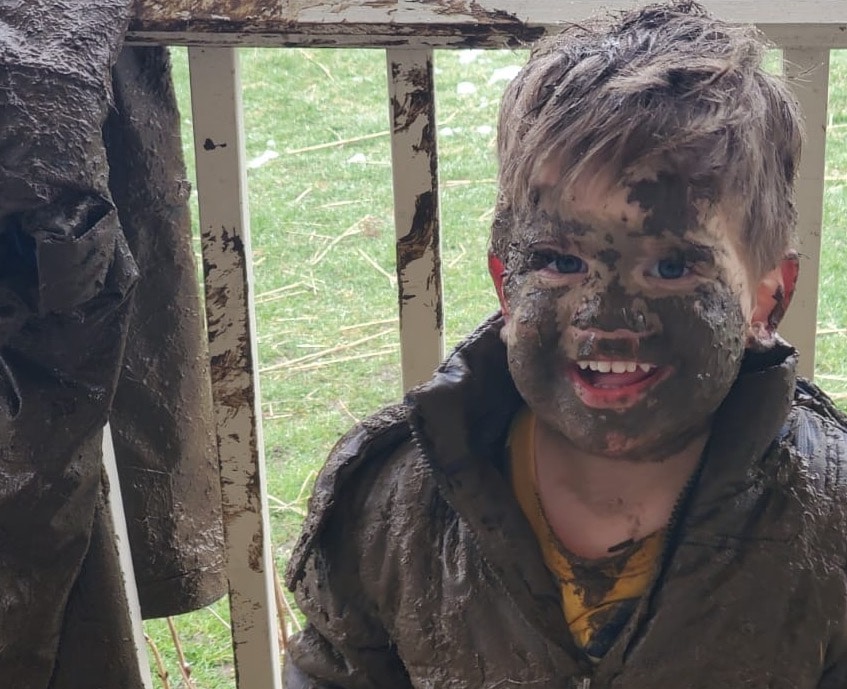 My 6- and 8-year-olds play this game called “The Cool Guy Game.” They play All. The. Time. And it’s not in the way that many kids obsessively play with new toys and then quickly forget about them. They’ve been playing this game for years. Sometimes they play for hours at a time, multiple days per week. Here’s what I know about it:

That’s seriously all I know. It’s their game and their world. They have invented a world where they don’t argue with, undercut, or belittle each other. This imaginative play is practice for the “real world” as they learn how to be kind to each other and how to work together to solve problems. Perhaps most importantly, this game gives them something often denied to children: agency. No one tells them who, what, when, where, why, or how to play. Their play is uninhibited. Their choices are free. Their imaginary life is completely in their control.

Of course, this game evolved out of boredom.

I believe that most kids do not get enough of this. As an educator and parent, I see so many kids who don’t have time to be bored. Their days are as scheduled as their parents’, or even more so: before school, in school, after school, and for most of the summer, adults are telling them exactly what to do and when and how to do it— all the way down to what clothes they wear and how to style their hair. They don’t have time to explore, test, observe, hypothesize, or challenge the world around them in their own ways.

When are kids supposed to develop agency? When do they get to make their own free choices about what to do, when, and how to do it?

Now seems good. During this period of COVID-19-induced self-isolation, we can help kids embrace boredom and develop agency. And a really great way to do this is through free play.

Play is serious work. But don’t take my word for it. Here are some other people who think play matters:

This list could go on for pages. Here are two resources for learning more:

There are TONS of ways children play, and play in general is vital. The specific kind of play for which I’m advocating here stems from boredom, which acts as a conduit to creative play. So what is boredom?

Boredom is when we feel like we have nothing to do. As humans, we have an urge to avoid boredom. Unfortunately, in 2020, that’s where phones, social media, TV, or video games come into the picture (for kids and adults). It used to be that boredom led to creativity. Now, boredom too often leads to mindless distractions on screens. This isn’t a good way to harness the power of boredom.

My definition of creative play through boredom means exploring the yard, not the internet. It might mean getting into a little bit of trouble. It almost definitely means getting dirty. (See photo.)

As caregivers, how can we promote this?

Honestly, I think it is as simple as deciding to do it. It doesn’t take any creativity on the part of the parent or caregiver. All it takes is providing time and space for children to exercise their innate creativity. It might just take a little bit of determination to decide to limit screens and make kids find their own ways to play– it feels reminiscent of the days when my kids began sleep training or potty training. There aren’t necessarily “right” ways to accomplish these tasks. From what I remember, we just decided the time was right, and we went for it. The first few days were terrible because the kids resisted the change in their routine. But all of a sudden, the kids realized we weren’t going to budge, and they adjusted to this new set of expectations.

I think that making the commitment and just starting is the minimum requirement for getting your kids to embrace free play. We’re all living in challenging times, but many of us have also been given an opportunity to foster our kids’ creativity with the power of boredom.

Most people I know are not going to up and move to promote free play, so comment below: How do you do it? How do you encourage free and independent play? What are the obstacles to providing this for children, and how might we overcome them? What are your screen time guidelines? I’d love to hear from you.

Jonathan Garra is a parent of four, an aspiring gentleman farmer, and an upper-school history teacher at Elmwood Franklin School in Buffalo, New York. Jon holds a Bachelor of Science in Social Studies Education from Canisius College and a Master of Science in Creativity and Change Leadership from SUNY Buffalo State. When not teaching history, he can likely be found in the field with his kids–going on a bear hunt.