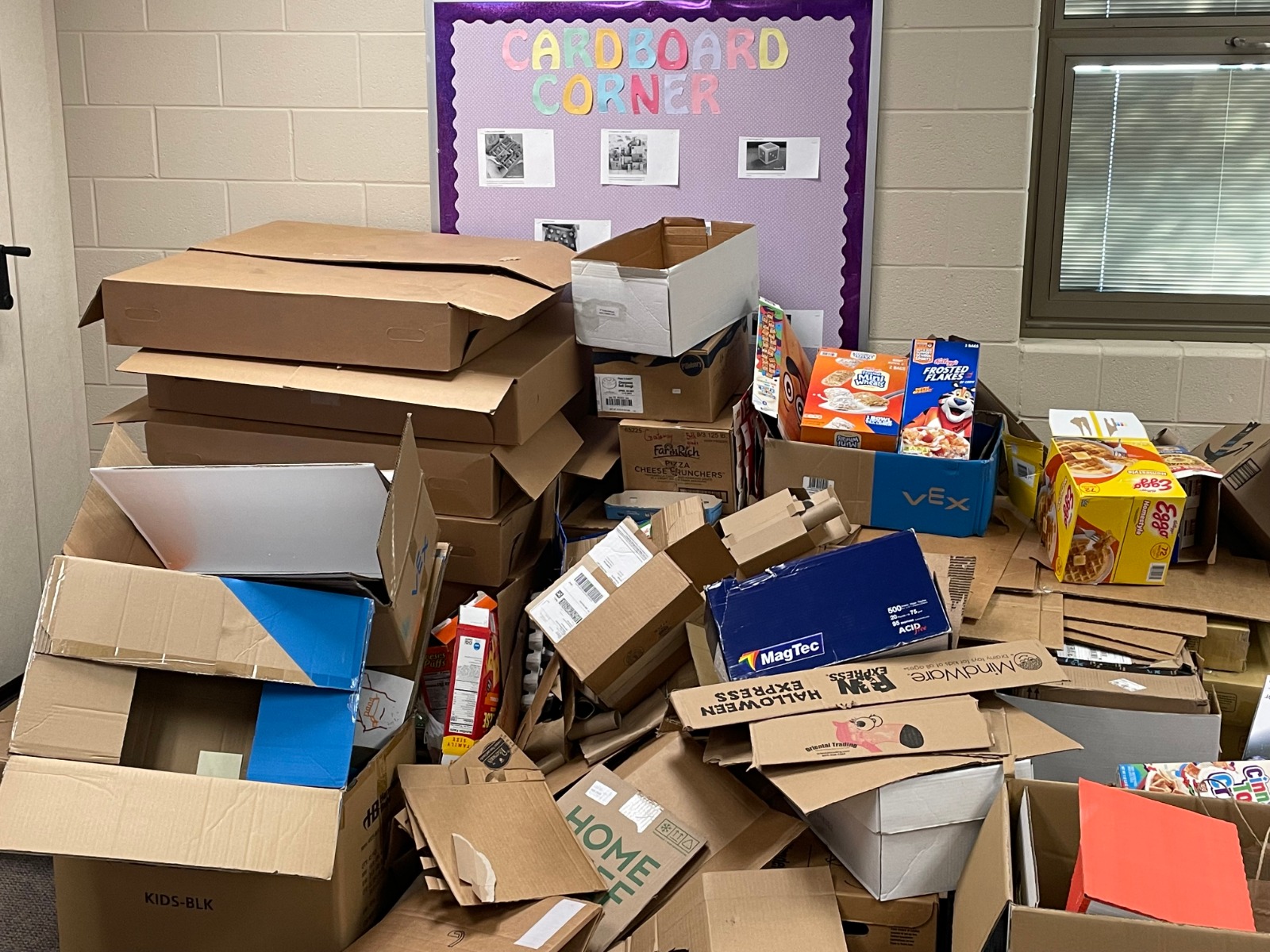 The Possibilities of a Cardboard Box

When children receive presents for a birthday or holiday, parents often lament after spending tons of money on some newfangled toy, only to watch their child find more fascination with the box it came in. Why is this? What is so intriguing about something without any bells nor whistles? What is it about four sides and a bottom made of cardboard that cause a kid to be curious when they’re surrounded by stuffed animals, electronics, and games? It boils down to two words: infinite possibilities.

The cardboard box seems to simply be purpose-made to serve as temporary storage. The box is merely a vessel that transports or contains things which are supposed to be the focal point of anyone’s interest. To the uninspired, the box is discarded once it has served that purpose. But to the creative mind, a cardboard box can be millions of things.

If you don’t believe me, look at Calvin, from the best cartoon strip I have ever seen about a creative thinker, and what he does with a simple cardboard box. Calvin is a mischievous kid who perplexes his teachers, his parents, and his babysitter by allowing his daydreaming to get him into all sorts of trouble. His imagination even brings his tiger stuffed animal, Hobbes, to life, to be his constant companion.

Calvin uses cardboard boxes for all sorts of things: creating a computer, as a table to sell people a swift kick in the butt for just one dollar, a television screen, and the Cerebral Enhance-o-tron, which causes his head to grow abnormally. But there are three primary inventions he creates from a simple cardboard box:

By placing the cardboard box with the opening on top, it becomes a time machine. Calvin drags Hobbes to prehistoric times and nearly finds himself eaten by a dinosaur, or he goes forward an hour so that his homework will be complete, with hilarious results.

Placing the box on its side, it becomes a duplicator, and Calvin seizes this opportunity to make multiple versions of himself so they can split his chores and take turns going to school. Of course they are all as ill-behaved as the original, so none of them will do what he asks.

Finally, placing the box so that the opening is on the ground, it becomes a transmogrifier. Calvin turns himself into a tiger, a pterodactyl, and a frog. And if you don’t like those, he has left room on the side to write other animals.

This cardboard box is powered solely by Calvin’s imagination and creativity.

It is this same creativity that makes a child curious about an empty cardboard box. Like Calvin, they don’t just see it as a cardboard box to put things in. They see it as so much more.

I knew of this phenomenon of the cardboard box from my own childhood and the many celebrations of my own children. But I really got to see it in action when we created a Makerspace for our students. As part of the Makerspace, I ordered a bunch of STEM-related work tables, as well as some tables that could be turned to the side to use as a whiteboard. I spent thousands of dollars on this furniture that was designed to allow students to brainstorm and create anything that they imagined. Of course, this furniture had to be shipped, and it came in rather large cardboard boxes. The custodians had kindly provided me with a large trash receptacle to put my boxes in as I unpacked everything to be assembled, so they could be carted away and put into the recycling out behind the school.

I had opened my first piece of furniture and was preparing to toss the cardboard box onto the recycling pile when it suddenly struck me—why waste all of these valuable resources? I took all of the cardboard, and there was a lot of it, and I placed it in the corner of the Makerspace room as neatly as I could. Other corners hosted a creative writing center, a 3-D printer, and a culture corner where students learned about different cultural practices from around the world and then looked up where this country was located using the global map.

I brought kids into the room 15 at a time, taking 8 tours to get the entire team through the room and its many wonders. And without a doubt, in this state-of-the-art room with its many colorful and flashy toys the feature that got the most oohs and ahhs was none other than cardboard corner. Students looked over at this giant pile of cardboard of various sizes and saw nothing but possibilities. These were not cardboard boxes! These were building materials for a fort, and television screens, and robots, and background scenery for a play, and the walls of a giant-sized maze. These cardboard boxes were the gateway to imagination and creativity.

So the next time you want to provide resources for students to open up their creativity, look no further than the boxes the materials came in.

Todd Stanley is a National Board teacher and the author of many teacher-education books including Project-Based Learning for Gifted Students: A Handbook for the 21st Century Classroom, Promoting Rigor Through Higher Level Questioning, and his latest, Enrichment Activities for Gifted Students: Extra-Curricular Academic Activities for Gifted Education. He served as a classroom teacher for 18 years where he worked with all grade levels in all subject areas in all types of service. He is currently the gifted services coordinator for Pickerington Local Schools where he lives with his wife and two daughters. You can follow him on Twitter @the_gifted_guy or visit his website at thegiftedguy.com where you can access blogs, resources, and view presentations he has given.

More posts: Asking the “Why” in the Arts

Creativity is Everywhere, You Just Have to Look for It

Go Big or Go Home: Encouraging Risk-Taking in the Classroom

How to Create Your Own Makerspace in Any Classroom

How to Use Creativity to Get Out of a Rut